Last week my collaborator Dale Williams and I were on the campus of Cornell College (Mount Vernon, Iowa) doing what we do. Dale flew in from Brooklyn for the event.

On April 24 I visited Professor Katy Stavreva’s ENG 322 Shakespeare’s Rivals class, participating in a discussion of the literature of exile, and working with students to devise a strategy of publically presenting sections of Marlowe’s play of exile Edward II in conjunction with lines from my recently completed novel of exile What Days Are Like When There Are Only Nights.

On April 25 Dale and I discussed the topic of artistic collaboration with Professor Sandra Dyas’s ART 307 Advanced Photography class. Later that day, at the school’s Center for the Literary Arts, we presented sections of the first three completed phases of Cage Dies Bird Flies, preceded by a performance by ENG 322 students.

Below is a link to a video of the performance:

Cage Dies Bird Flies is a multi-phase collaboration. Each phase consists of 81 artworks inspired by my texts. These works, in turn, form the basis of books, exhibitions, recordings, performances. The plan is to execute ten phases.

The Luminous Dark: Landscapes Found and Lost, phase III, was created between 2017-2019

Before it snowed, Dale and I, along with poet Anne Pierson Wiese, visited Stone City,  Iowa, the site of Grant Wood’s art colony in the 1930s. Below is an image of the three us standing in front of the Stone City General Store. 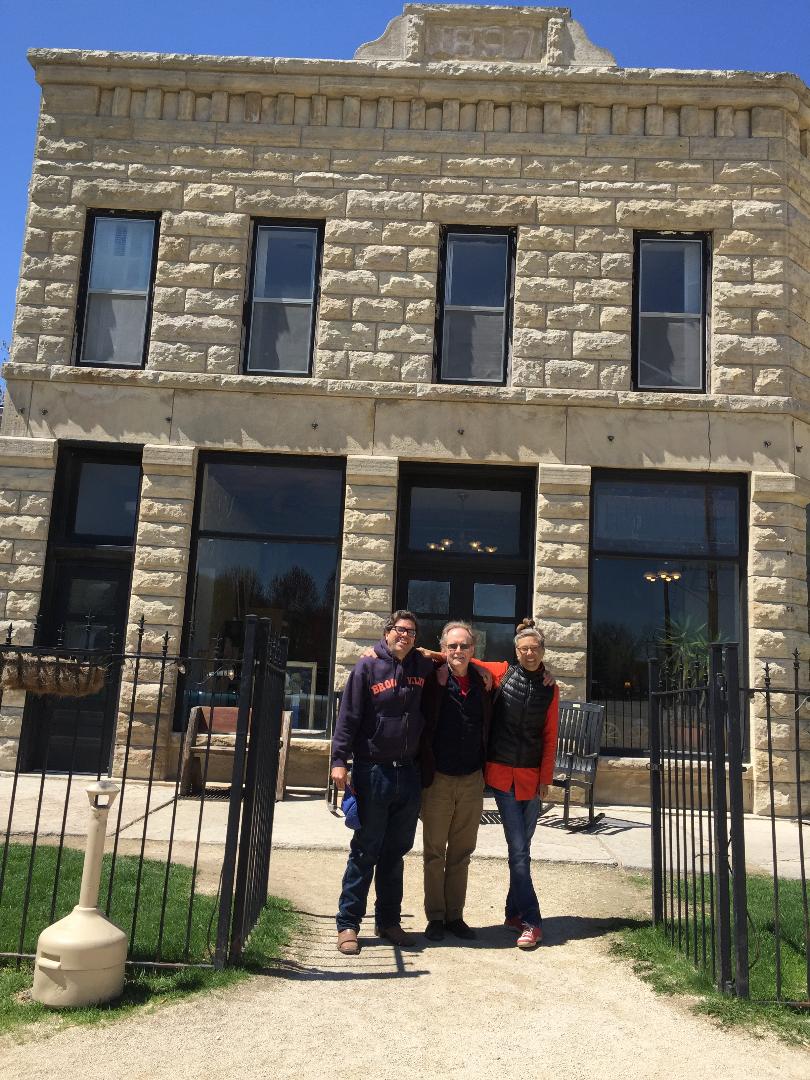