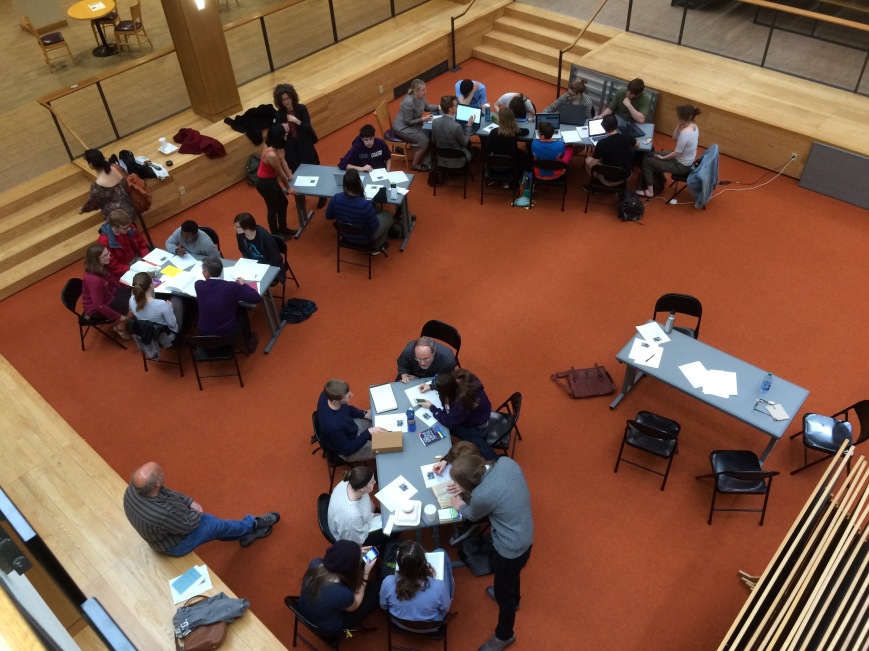 On April 20th at Cornell College students and faculty gathered to translate the poem “The Red Wheelbarrow” (William Carlos Williams) into some of the many languages spoken in the urban Midwest, including German, Russian, Portuguese and Spanish. This effort is another in support of my on-going Mural Speaks! project born at the Radcliffe Institute for Advanced Study in 2014.